Wiggle likes to spend long stretches of time on his bed but as he is 13, he's bound to sleep more: 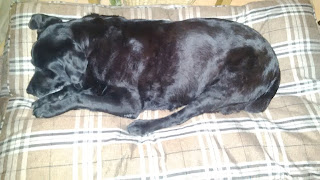 So while Wiggle was having a nap this morning, I took Sofy up to the Downs.  For a while now she has been having extra walks as when we walk with Wiggle, we go a lot slower! 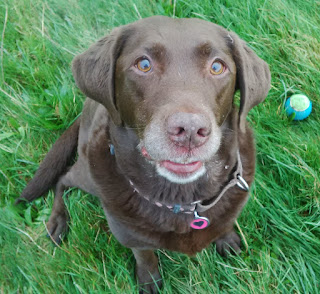 Sofy did some sniffing: 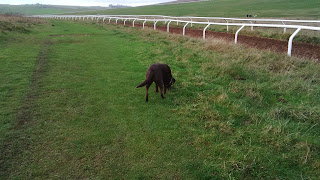 But she also felt a little lost without Wiggle: 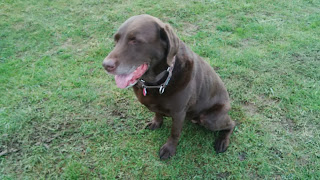 Sofy soon perked up with some ball games: 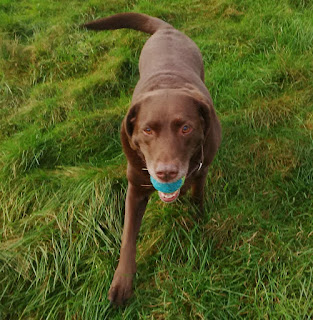 From time to time we are contacted and asked to review dog-related products and recently we were sent some Serene-Um tablets: Wiggle is too laid back to need anything to calm him but Sofy can be hyper at times so she took part in our review.  The tablets arrived before fireworks night so that was a good time to trial them as Sofy got spooked last year when we were coming home from a walk.

If I'm honest, I don't think the Serene-Um Xtra made much difference to Sofy's usual hyper behaviour around dinner time, but I would definitely get some of the tablets ahead of fireworks night next year as she was much more relaxed and that is a good thing for her!