This morning we were all up not long after sunrise and with another warm day due, Ziggy and I went down to the fields by the river just after 8am, by which time mist had come down.

Ziggy was super lively and so excited to be running around in the cool, damp grass: 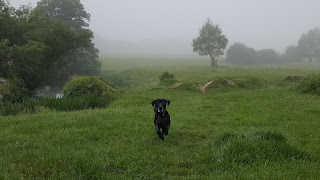 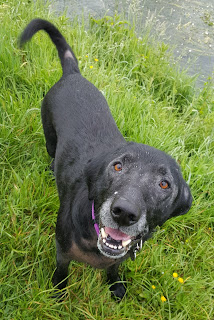 Soon enough, he got to the river: 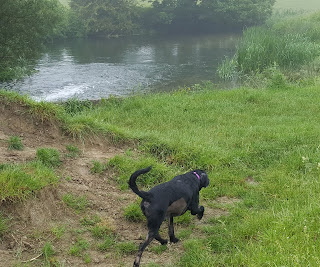 But as yet, Ziggy hasn't done actual, proper swimming when he has been near water!  He prefers to paddle: 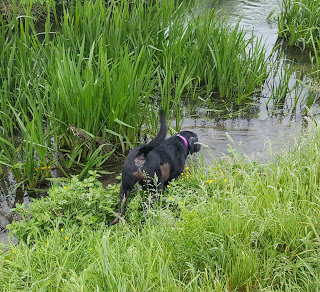 We weren't the only ones at the river: 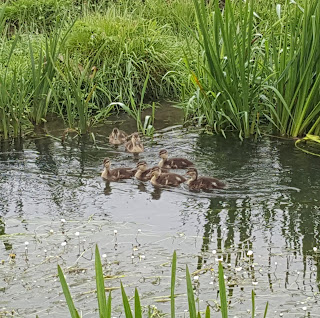 And just because he could, Ziggy did zoomies, up to the tree and back again! 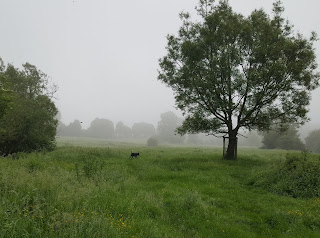 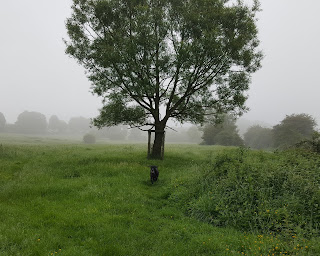 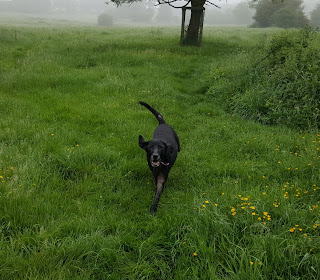 Yesterday was a busy day for the Ziggster, visiting Grandyma and going to lunch where he was a Very Good Boy and got to share with us as well as being given his own bowl of water by the lovely staff: 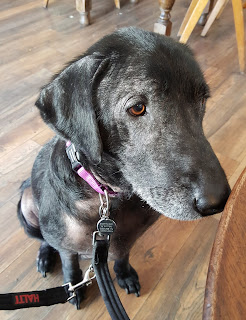 Even though the grasses are the worst thing for Ziggy, he still needs to go for his walks.  The pollen's are airborne so even if we aren't in the fields, we can't avoid the allergens. 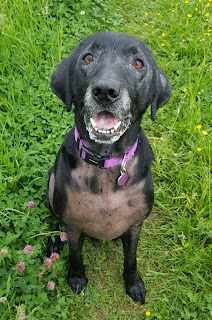 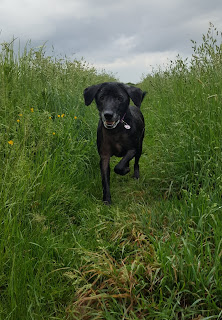 To reduce the reaction, Ziggy has been having his Malaseb baths every few days.  He likes to take the opportunity to look utterly depressed but really he likes his baths and gives kisses while the shampoo is massaged into his skin 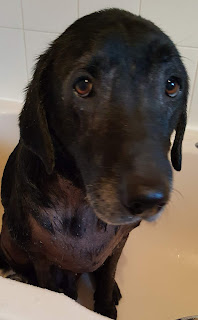 Last week he had an appointment with the dermatology specialist so came into work with me.  After the usual bin check and going to each desk to say hello, he settled down, thinking he could sleep until lunch time: 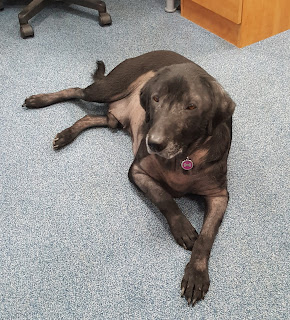 Wrong!  His sweetheart arrived and the Baldy One was overjoyed!  He loves Lilly but so far she has been resisting his charms.  He feels he is making progress though as she did bring him her bear for a game of tuggy, so Ziggy hopes she might like him just a little bit..... 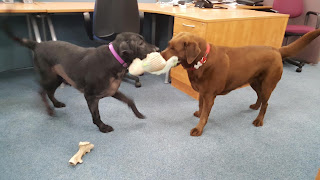