Getting better, day by day

Thankfully this week's blog entry is good news - Ziggy is much better than he was a week ago!

After speaking and texting with Bridget the vet, the various test results came back in after the scrapings and blood samples etc taken on Friday.  Fortunately, Ziggy did not have sarcoptic mange but he did have a severe skin infection caused by 3 different bacteria.

New antibiotics were prescribed and we started back on the prednisolone steroids, initially on a higher dose which has since been reduced.

By Tuesday, Ziggy was a lot brighter although the fur he does have was falling out in clumps and his sore skin was flaking off due to the infection: 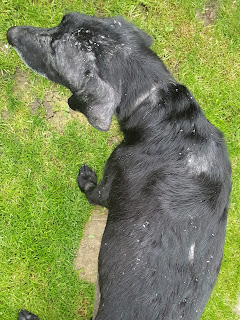 But despite the flaking skin and fur falling out, even just looking at his eyes, I could tell Ziggy was feeling a lot better: 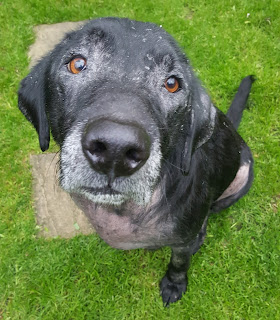 The extra dose of steroids was making Ziggy need to wee more but he was able to come to work and have plenty of toilet breaks.  Ziggy likes coming to work as he gets to hang out with Lilly and he loves Lilly: 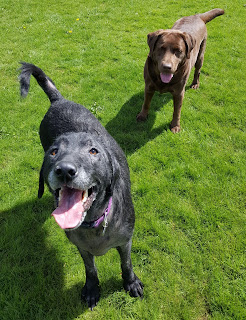 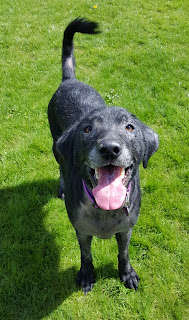 Hopefully now we have got to the cause of Ziggy's skin problems and he will continue to get better and back to being the daft but happy boy I've come to love.
Posted by Wiggle at 21:28 4 comments:

Poor Ziggy, getting worse, not better...

It's not been a good few days for Ziggy.  He's been seeing the dermatology specialist and undergoing tests so I've been weaning him off the steroid tablets ahead of blood being taken on Friday.  We know he has allergies and he also has a skin infection which has been resistant to the usual treatments but this week he became more itchy and was rubbing his face and licking himself, causing more hair loss.

This was how Ziggy was looking on Tuesday: 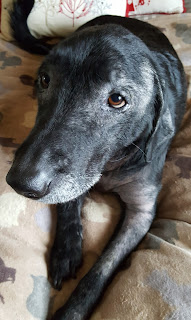 I had been in touch with the vet during the week and she said it sounded like Ziggy had Sarcoptic mange and the mites were burrowing in the surface of his skin, causing his discomfort and hair loss.  When we went to our appointment on Friday Ziggy had blood taken as well as more skin scrapings and swabs, all of which will be tested.  He was given a steroid injection to give immediate relief from the itching and I was given a solution called Aludex to make up and apply to his skin and fur as a dip and leave to dry.

Unfortunately, Ziggy had a bad reaction to the dip and was being sick and lethargic so in line with the information, I washed him to remove the Aludex that was still on his skin and fur but his body would have absorbed some into his system.

By this morning, after a restless night, poor Ziggy was no better and by now I was worrying so I took him to our vet which is open on a Sunday morning.  As Sarcoptic mange is contagious I kept him in the car until we could be seen (we didn't have an appointment but thankfully they were able to fit us in).

This is how Ziggy was this morning: 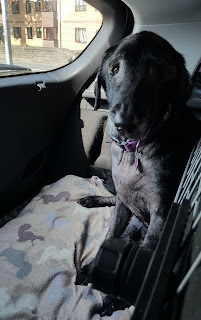 We were seen by one of our regular vets who checked Ziggy over and gave him an anti-vomiting injection as well as eye drops as his eyes had become sort of sunken as the skin around his face had thickened.

Ziggy has had plenty of rest and after being very quiet, he came and sat with me on the back door step: 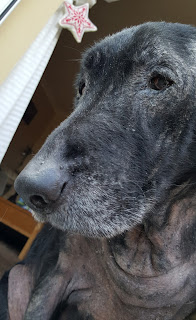 This evening he managed a little walk which is more than he has done for a couple of days and he's been keeping down his bland meals so hopefully he will be feeling a lot better soon.  I'll be speaking to the specialist this week once the test results are in and all being well she will have a plan of action.

He really has had me worried and I want my daft, boingy boy back!

Poor Baldy Dog Ziggy is still itchy as we continue to try and get him better.  He saw the dermatology specialist a few weeks ago and had more tests done, which sadly have shown that on top of his allergies he has a bacterial skin infection which is resistant to the antibiotics and other medications he has been given so far.

So, he is on different medication and having a bath every 2 to 3 days as well as Yumega Itchy Dog supplement added to his prescription kibble and we are back to see the dermatologist later this coming week.

Despite his rather threadbare exterior on the inside he is very affectionate and lovely, a happy boy and loves his cuddles and playing with his toys.

He loves Sofy and today she wanted to come out with us so we went up to the old railway track and they got to kick up some mud: 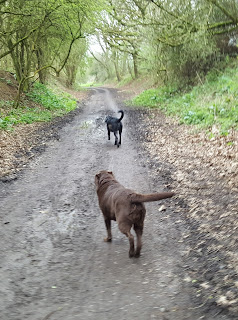 I tried to get a photo of them together, but Ziggy hasn't learnt yet that the idea is to sit next to each other: 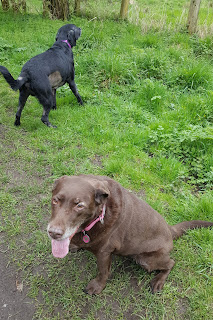 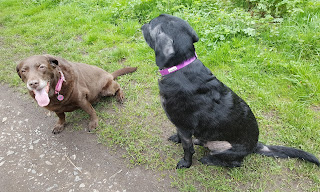 By the time Ziggy sat and faced the right way, Sofy had got bored and was off again: Sofy was happy to have a rest on the bench: 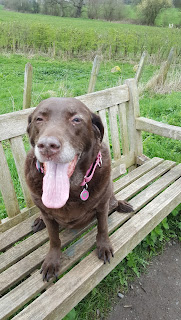 And Ziggy was happy to get into a muddy puddle: 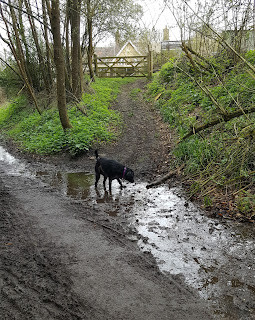 Back to the beginning of the walk, practising their positions for the obligatory photo! 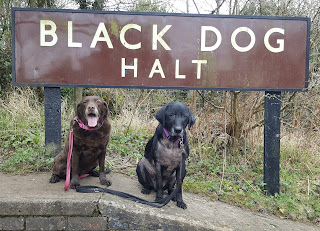 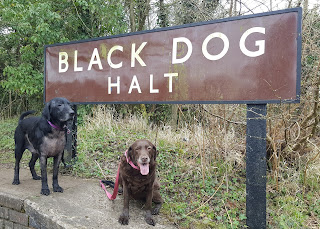 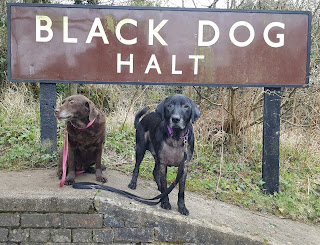 The Ziggy Bunny & his Bunny 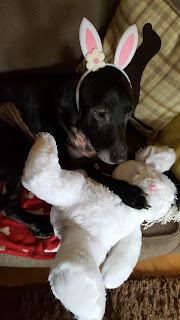 He was enjoying some quality time with Bunny but took off his bunny ears for sleeping: 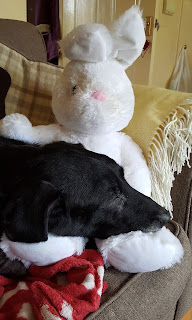 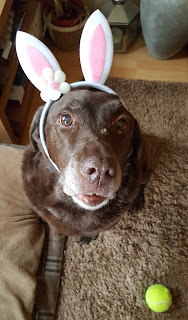 Due to the extensive collection of toys Ziggy has, mostly thanks to Grandma, it was time to get a bigger toy basket.   I tried to sort out the limbs from the whole toys but Ziggy needed to keep some random legs and arms that he had previously removed. 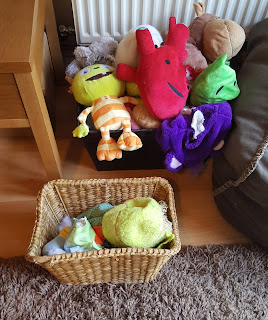 And Ziggy does love his toys.  Each and every one. 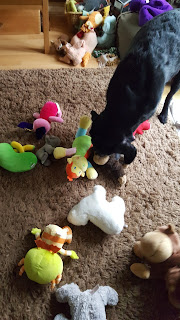 He was very happy to spend some time lounging around with his toy collection: 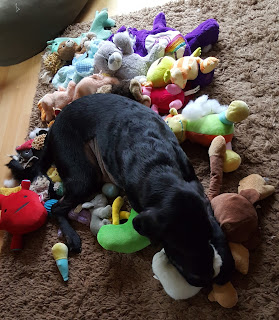 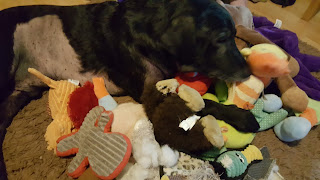